Casting: Can you give us more information about your background

Alexander: I am from Boston, Massachusetts. I started studying Martial Arts in September 2001 when I was 8 years old. I learned traditional tiger crane martial arts from Sifu Calvin Chin, modern Wushu from Sifu Rick Wong and later from Sifu Calvin Wang. In addition, all of my gymnastics training was with Rusty Rogers.

C: Why did you decide to join Cirque du Soleil?

A: In 2005, while on vacation in Las Vegas, I was lucky to be able to see my first Cirque Du Soleil show KÀ. I had already been studying martial arts and performing in competitions for 5 years. During the show, all I could think about was someday being able to be in KA. When I returned home I was on a mission to train harder with the hopes of someday being part of Cirque Du Soleil. When I was around 20 years old I decided to actively pursue CDS and began looking online on how to apply. Finally, in 2015 I auditioned in Las Vegas. I tried my very best, but I wasn’t good enough to even get into the database. I was devastated. I can remember just sitting and reflecting on everything. Was I going to give up OR was I going to train even harder? A friend of mine even said to me “how badly do you want it?” For the next 3 years I worked as hard as I could, and then I auditioned again in Los Angeles in 2018. I found out a week later that I had made it on to the database! I was ecstatic!!! The next year was a whirlwind of hopes and disappointments until finally, I got a call from CDS saying that they might be interested in having me be part of Axel. I couldn’t sleep for days in anticipation! When I finally got the call asking if I was interested I could not get the words out fast enough. I now am on another mission to work even harder than before to give CDS my absolute best!!!

C: Why did you decide to play along and be part of this crowd filtering experience?

A: As hard as public opinion can be at times, I feel that it is always important to see how others view you as a performer. The "crowd filtering" experience was a double-edged sword - it could either discourage me or encourage me to do better. In all, honesty I have no idea what the public perception was of me on the filter!

C: How did you feel about being evaluated by the public?

A: I think feedback is a great gauge to determine how a person is as a performer. A performer should always strive to improve.
Being evaluated by the public was super important to me. I feel like it gave me a really good idea on how I am viewed in the eyes of people from the outside.  It was nice to see a ton of positive feedback but also great to see some constructive criticism so that way I know what I should still work on for improvement. I can really say I appreciate reading the feedback from the public because it shows that tons of people out there really want artists to do well and succeed. So, if it means sharing some tips for improving then the crowd filtering project is definitely important for everyone.

When applying for on stage Cirque Du Soleil jobs many people (including me) may not be fully sure about what they should do, especially when putting together a demo video. Should they try to do things that they think will impress Cirque? Or should they just show their best skills? For me, I learned that if I just show Cirque Du Soleil what I can do best then I will have a better outcome. This crowd filtering project will be a great way to allow people to share their skills to the public and receive feedback that will help them improve their skills but also better prepare themselves to apply and audition for Cirque Du Soleil.

C: Would you be interested in having feedback from the and/or performing artists professionals?

A: I welcome people’s opinions on performance. This could be very harsh at times but listening with an open mind is important. Ultimately improving every day and every performance should be a goal.

C: How do you think crowd filtering can help Cirque in the future? Do you have in mind disciplines that can be the best fit for that?

A: I think crowd filter gives CDS another way to gauge public opinion. Some people like change while some don’t.
I think that all disciplines can benefit from the filtering, bearing in mind that there will always be some people that have expertise in that discipline and will be more critical.

A: I absolutely love being part of CDS and it is even more exciting than I expected. 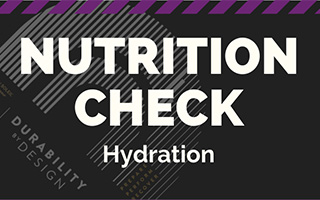 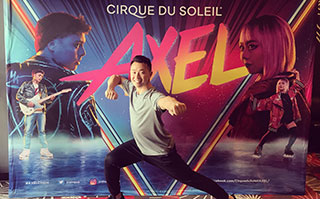